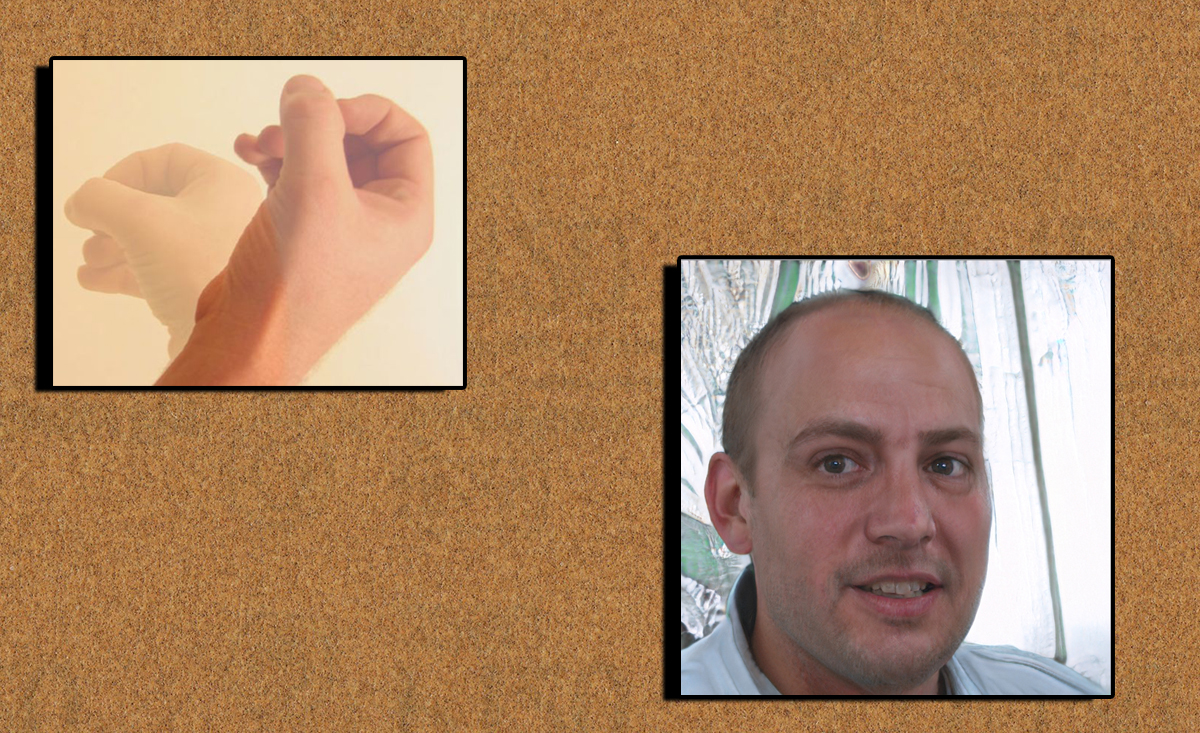 CHAFED WOOD, SOUTH DAKOTA — Local stock trader Jay Hodges told friends in a Zoom call recently that thanks to the coronavirus quarantine, he’s “starting to really enjoy” something he never thought he could.

“It’s crazy though. Before all this happened, I’d never, ever have thought it was possible for me to like it, but now? Well,” Jay said, “I actually kind of enjoy the feeling of sandpaper on my dick.”

Hodges told everyone that as soon as he started his self-quarantine and social distancing per CDC guidelines, he also started washing his hands a lot more frequently. Jay believed that he was already washing his hands often enough under normal circumstances, but that he understood completely the need to “step it up” in times of pandemic outbreaks. As a result of his extra washing though, Jay’s hands have become very rough, and he says that certain “intimate activities” started to rub him the wrong way, initially.

“Every time I’d whack off, it felt like I was rubbing skin off my shaft,” Jay said. “It was like I was dry humping a belt sander. If I used some kind of lube, that would help a little bit. But I ran out of lube six hours into the first day of self-quarantine. Not having any clue how long this could last, I decided to take things into my own hands when it comes to taking things into my own hands and coming.”

“A fine grit, at first. I’m not crazy! I don’t want to sand my entire cock off,” Jay explained. “But I don’t want to not be able to spank it right now, so I’m hoping I can start small and work myself up to a grit that matches how my hands feel. That reminds me, it’s been about ten minutes since I jerked off last. I should go wash my hands again.”

Our reporter noted that they’d been doing their interview via Skype for the last half-hour at this point. We asked Jay if he’s considered using some kind of moisturizer or lotion after washing his hands. He considered this for a moment as he scrubbed his hands.

“I suppose I could try using lotion, either on my hands or as lube,” Jay considered the suggestion. “But I’m sorry, I’m not going to change everything about my life just because of this damn coronavirus! I’ve always choked my chicken dry. I like friction. I’m not using lube!”

Not only has Jay gotten used to the feeling of sandpaper on his genitals, he says he’s actually starting to “really enjoy it.”

“The thing is, at this point, I feel like the sensation is really starting to grow on me,” Jay divulged. “In fact, I think if it keeps going this way, I might have to turn it up a notch and rub my dick all over a cheese grater or something.”

Trump Orders the Execution of All Thanksgiving Turkeys Pardoned By Obama

WASHINGTON, D.C. — The first thing President Donald Trump did this morning, after he ...

Megan Hofer, 35 years old and from Santa Chingada, California, admits that she has ...

Graham: “If the Media Were Nicer to Trump, He Wouldn’t Have Tried to Extort Ukraine”

WASHINGTON, D.C. — With Republicans holding onto a small majority in the Senate, and ...