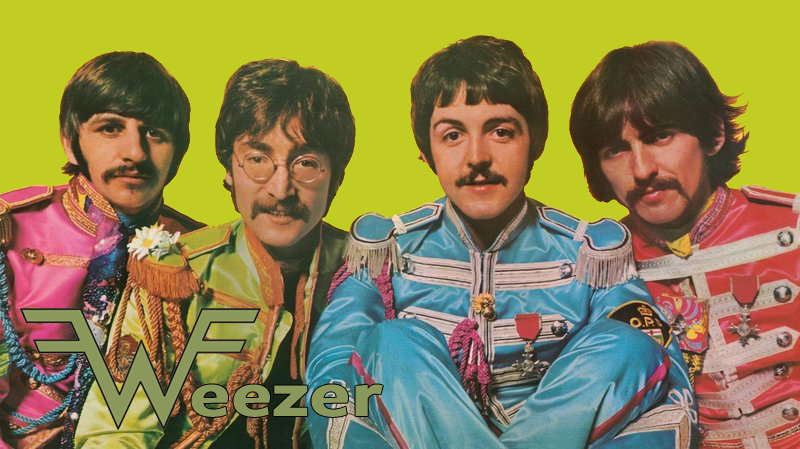 CUOMO RIVER, CALIFORNIA — Rock band Weezer is set to release a new record later this year, they announced from a recording studio today.

“We invited you all here today so you could listen to a few tracks off the band’s new record, which will drop sometime late this year,” Weezer’s manager, Rob Hillary, told reporters this morning. “We’re pretty sure you’ll agree with us that this is a record filled with music that was recorded on instruments that were being played by people.”

Weezer has had some success of late recording cover versions of popular songs. They’ve recorded a version of “Africa” by the band Toto. The band also recorded a version of “Rosanna,” by the same band.  Then the band released their “Teal” album, and it contains their versions of about a dozen songs. “Billie Jean” from Michael Jackson and “No Scrubs” by TLC made the list.

“We decided that since everyone likes hearing other peoples’ songs under the Weezer name, why not cut out the middle man and stop playing on our records,” Weezer bassist Scott Shriner said. “Since we’re clearly done writing our own stuff at this point, we decided why not get into the compilation business?”

Sometime in the third or fourth quarter this year, Weezer will release the “Chartreuse” album.  It will contain roughly 13 or 14 tracks written, performed, and recorded by other artists. Weezer will then put their name on the album cover, and release the record.

“The songs that the band and their team chose, we think, really represent the kind of music that other people play and write,” Hillary said. “To say we’re all pretty stoked to see how people react to all these songs we’re barely involved with is the understatement of the century.”

Time and cost considerations also weighed into the band’s decision.

“Look, the simple fact is that we’ll have a lot more time and money on our hands if we just compile songs from other people,” Hillary said. “Besides, at this point, how many people are expecting anything other than someone else’s song from this band?”

To celebrate the release of the Chartreuse album, Weezer will also release a cookbook of recipes created by chefs who are not in Weezer.

Shane Gillis Apologizes to All The Good Asians He Does Like. Both Of Them.

Alleged comedian Shane Gillis will not be joining the cast of Saturday Night Live, as had ...