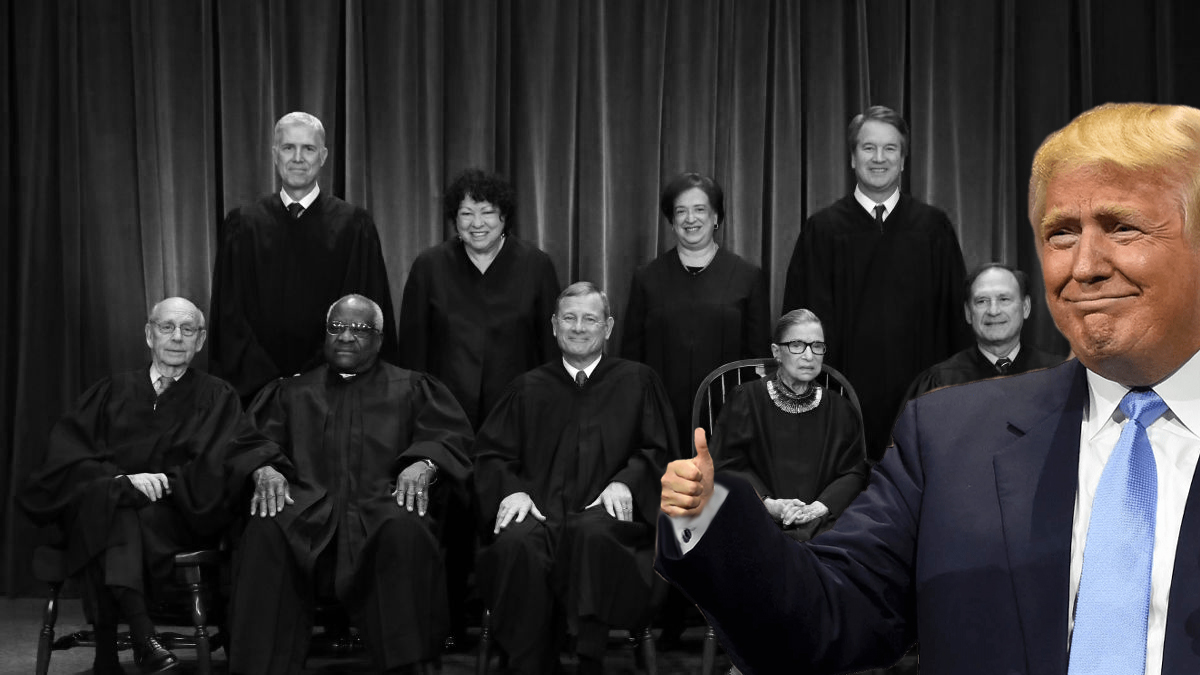 WASHINGTON, D.C. — The Unites States of America seems to be sliding ever quicker into a full-blown Constitutional crisis, and President Donald Trump told media outlets today he plans to “bigly resolve the drama” by seeking redress from the Supreme Court.

Yesterday, the Trump administration was dealt a serious setback in court. A judge ruled that the White House cannot stop Congress from issuing a subpoena for his financial records. As part of their constitutionally mandated oversight powers, House Democrats have issued a variety of subpoenas for various documents relating to Trump’s financial dealings both in and out of office. Several issues were raised by the Mueller Report and the congressional testimony of Trump’s former personal lawyer and fixer, Michael Cohen, and Trump’s charities, businesses, and even his inauguration fund has come under intense scrutiny and investigation, particularly since the 2018 midterms handed the Dems control of the House.

“Look, I’ve said all along we’ll win in the courts because I’ve got Cocaine Mitch burning the Midnight Constitution to push judges onto benches that have no business being there,” Trump told reporters in the Oval Office today. “But apparently we’re not packing the courts with sycophants and morons fast enough, so I’ve gotta take this shit to the Burrito Supreme Court and get them to officially declare that I’m at the minimum more co-equaler than Congress, and really we’d like to see them just call it how it is: I’m above the law.”

Just this morning, House Democrats moved closer to holding former White House Chief Counsel Don McGahn in contempt of Congress after McGahn followed Trump’s orders and ignored a subpoena for his testimony. Mr. McGahn has emerged as a central figure in the Mueller Report, and gave testimony to FBI Special Counsel Robert Mueller’s investigators that seemed to show multiple instances of Trump attempting to wield the power of his office to influence the investigation and coerce witnesses. It would appear yet another showdown in the courts is looming over McGahn’s testimony.

“Just where the holy living hell do these Democrats get the idea they have the right to perform oversight over me? Do they not know who my daddy was,” Trump demanded. “I’m allegedly rich! The rules already don’t apply to me. But now? Now that I’m your Lord God King President? I’m motherfucking untouchable!”

Trump was quick to point out he doesn’t think the office of the presidency makes “everyone” who holds it immune to consequences.

“Just me. I’m the one. It’s in the rules. Because I say so, and more importantly because my psycho-Nazi, gun toting, cousin loving base will straight up murder you if you try to hold me accountable,” Trump said. “If Mr. Sayoc is listening, maybe he’s got a bomb or two left to mail? I’M JOKING! TOTALLY JOKING! OKAY?! I ALWAYS JOKE! PEOPLE SAY I’M THE BEST COMEDIAN THEY’VE EVER SEEN, OKAY? CHILL OUT. Sure, I’d love for some of my opponents to be bombed, and I make threats and call people traitors all the time, BUT THAT IS JOKING! HA HA FUCKING HA, LIBTARDS!”

Reached for comment, Speaker of the House Nancy Pelosi said she is “outraged almost to the point of action.”

“It’s going to take a lot, lot more for me to show any kind of profile in courage,” Pelosi said. “But for sure all of this stuff is starting to get me, like, super-duper concerned, and for sure I’m going to fire off a less than civil letter, and maybe even wag my finger very hard at him. But I just don’t see what else we can do to hold a lawless president with no respect for our Constitutional norms accountable, unfortunately.”

One More Story: Pat Robertson Begs ‘The Gays’ To Only Do ‘Hand And Mouth Stuff’ Until After Hurricane Season

WASHINGTON, D.C. — This week it was reported by several outlets that soon-to-be impeached ...