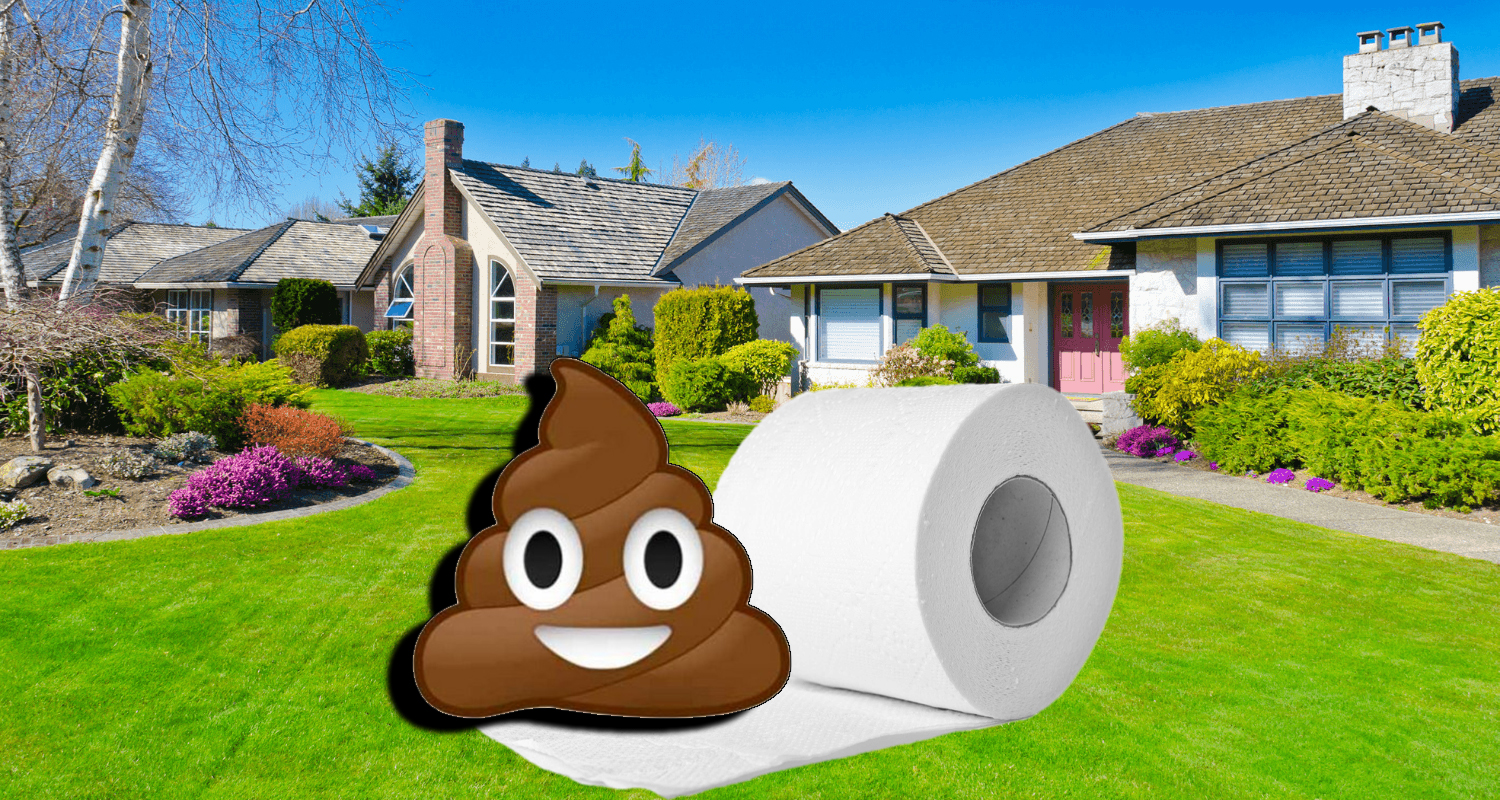 LAKE PELOUSE DE MERDE, WISCONSIN — On a 3-2 vote, the local city council passed an ordinance last night allowing people to use the lawns of toilet paper hoarders to defecate on as long as the town’s emergency coronavirus declaration stays in effect. Late last week, the council voted 4-1 to issue a state of emergency that effectively closed all public spaces and forced bars and restaurants to only offer “to go” items. Within a day of the order being put in place, local stores started reporting a run on basic necessities, one of which was toilet paper.

“It was the damndest thing,” local market owner Chip Beefington told a local newspaper this past weekend, “the council voted in the declaration of emergency, shut down non-essential business, asked for everyone to stay at home for a couple of weeks, and by the next morning, we had been completely cleaned out of TP for everyone’s bungholes. I can only imagine that some buttholes will be very clean in this town, and some buttholes will not be, depending on their bidet situation, or if they’re comfortable spraying their asses out with the shower nozzle.”

Beginning next week, though, the lack of toilet paper in the city, perhaps even the county, won’t be as important. That’s because the new ordinance removes any trespassing penalties for people who “shit on the lawn of any known TP hoarder,” according to the text of the ordinance. The exception will remain in effect until such time as the state of emergency has ended.

“We have no idea when we’ll back to business at usual, though,” Mayor Courtney Glasgow told us in a Skype interview, “and with there already being a couple of known TP hoarders in town, the council knew it would have to address this situation head-on. I wish the two council members that voted against this emergency policy had voted with us, but at least we got it passed.”

Thus far, the city has confirmed that two people — Skip Malloy and Betty Bitterman — have been verified as TP hoarders. They made those conclusions based on eye witness accounts of Malloy and Bitterman loading dozens of packages of toilet paper into their SUVs in front of several local markets and stores. Mayor Glasgow said that she was “beyond upset and disappointed” to find out there were two TP hoarders in her town, and she immediately decided to draft the ordinance allowing for others to “shit all over their front lawns.”

“I don’t care if they’re hoarding it because they want to be gross profiteers, or if they’re hoarding it because they’re ignorant dinguses who think the coronavirus somehow makes them shit more than usual,” Glasgow said during the council meeting last night, “These people are making life more miserable for their neighbors during an already fraught time. I don’t know what’s worse — the coronavirus or opportunistic assholes. But, If you ask me, shitting on their front lawns is them getting off light for that kind of stupidity during a health crisis like this.”

Glasgow warns, though, that people showing up to shit on either Bitterman’s or Malloy’s lawns should create a schedule and sign up sheet and keep practicing social distancing when they arrive at the residences to defecate, in order to keep minimizing the spread of COVID-19 and “flatten the curve.”

“Remember folks, when you show up the Malloy or Bitterman home to take your fully lawful dumps on their lawns,” Glasgow reiterated, “please continue to practice social distancing. Don’t shit within six feet of someone else shitting, cover your mouth with your elbow if you cough while shitting on their lawns, and please, remember we’re still facing a bit of a drought season, so only use the amount of water from their hoses that your butt holes need to get clean after shitting. We can get through this together, I truly believe that.”

Like what you read? Consider dropping a buck or two in my virtual tip jar, via my PayPal.Me account.

RÉCIPROQUE BAY, ALABAMA — A Democrat in the State of Alabama has drafted new ...

Megan Hofer, 35 years old and from Santa Chingada, California, admits that she has ...

St. EMMETTILL, ILLINOIS — This hero with a badge will stop beating the living ...

WTF? This Guy Just Told His Girl He Appreciated Her And They Weren’t Even Going To Fuck!

PORT AUBURN, WISCONSIN — Local authorities are still trying to piece together exactly what ...

LAKE PROPAGANDA, MICHIGAN — The publishing company that owns The Babylon Bee has struck a deal ...