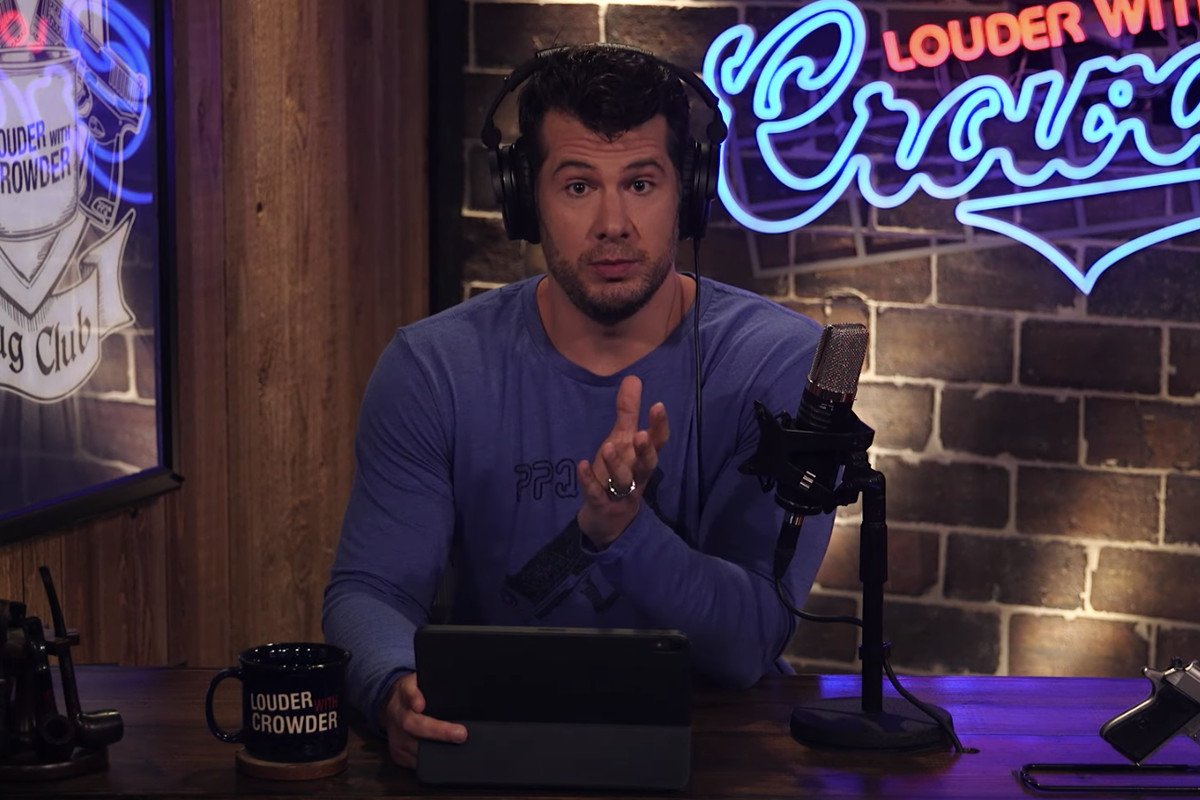 MIERDA EN LA CABEZA, TEXAS — Scientists aren’t quite sure what right-wing YouTube star Steven Crowder is. He claims to be a “comedian,” but there hasn’t been anything he’s said or done that can be peer-reviewed as “comedy.” However, given that this is still, for now, a relatively free country, Crowder is not required by law to be completely truthful, and therefore, he claims that he is, in fact a comedian.

Now, though, he’s a comedian who has lost access to YouTube’s monetization features because of his attacks on Vox journalist Carlos Maza. Crowder has tried rallying his forces and getting fellow conservatives riled up about losing ad revenue from YouTube under the hashtag “#VoxAdpocalypse.” Even Senator Ted Cruz (R-TX) has taken time away from his busy schedule of using the zodiac to be instructed on who to murder next and weighed in on Crowder’s punishment for calling Maza, among other things, a “lispy fag” and using “Mexican” in the pejorative sense about him.

Crowder spends much of his “broadcast” time bashing socialism, who he thinks is a socialist, and generally, anything he considers to be derived from or about socialism. Though the First Amendment of the Constitution of the United States does guarantee a right to free speech, the judicial system has largely allowed private companies to dictate what content they will host and provide the public access to. For example, the government cannot tell The Washington Post to run a story claiming Donald Trump is the literal son of God. Crowder told his YouTube audience today, however, that he thinks the government “absolutely should be able to force YouTube” to host his content and pay him for it.

“Don’t you all see? Socialism is so bad that we simply have to fight it with every weapon we have, even if that means nationalizing YouTube,” Crowder yelled into the camera last night. “Sometimes you have to use the force of the government to defend free market capitalist values, fam.”

Mr. Crowder believes that even though he can’t find it specifically written it, “capitalism is directly enshrined in the Constitution.” As such, he believes the government has the right and duty to “strip private companies of their autonomy” and force them to run any content the government desires.

“Communism and socialism are so evil that we have to be willing to put the boot of the government down on the necks of any company who doesn’t want to pay me money for calling people fags,” Crowder insisted. “If we are not willing as a country to tell a private company they have to pay me money for making 90’s era jokes about someone’s sexuality, what exactly are we willing to defend?”

Crowder is scheduled to have a sit-down meeting with White House Senior genocide and racism adviser Stephen Miller next week to discuss their options.

“We’re both smarmy, smug assholes with basically the same name,” Crowder said, “so I think this will go really well. Plus, I’m white and conservative so I’m pretty sure that means Miller’s gonna be on my side no matter what I propose.”

This is a developing story.

Another Story: Alabama Teenager Rushed To Urgent Care With Uncle’s Baby In Her Eye

America has mass shootings. Though, to be perfectly frank and fair, it has racism, ...

As the nation, and indeed the planet, attempts to grapple with how to recover ...

Georgia Newborn Charged With Murder for Absorbing Her Twin Before Birth

RIO CHINGADEROS LOCOS, GEORGIA — Authorities in a small Georgia town are reporting that ...