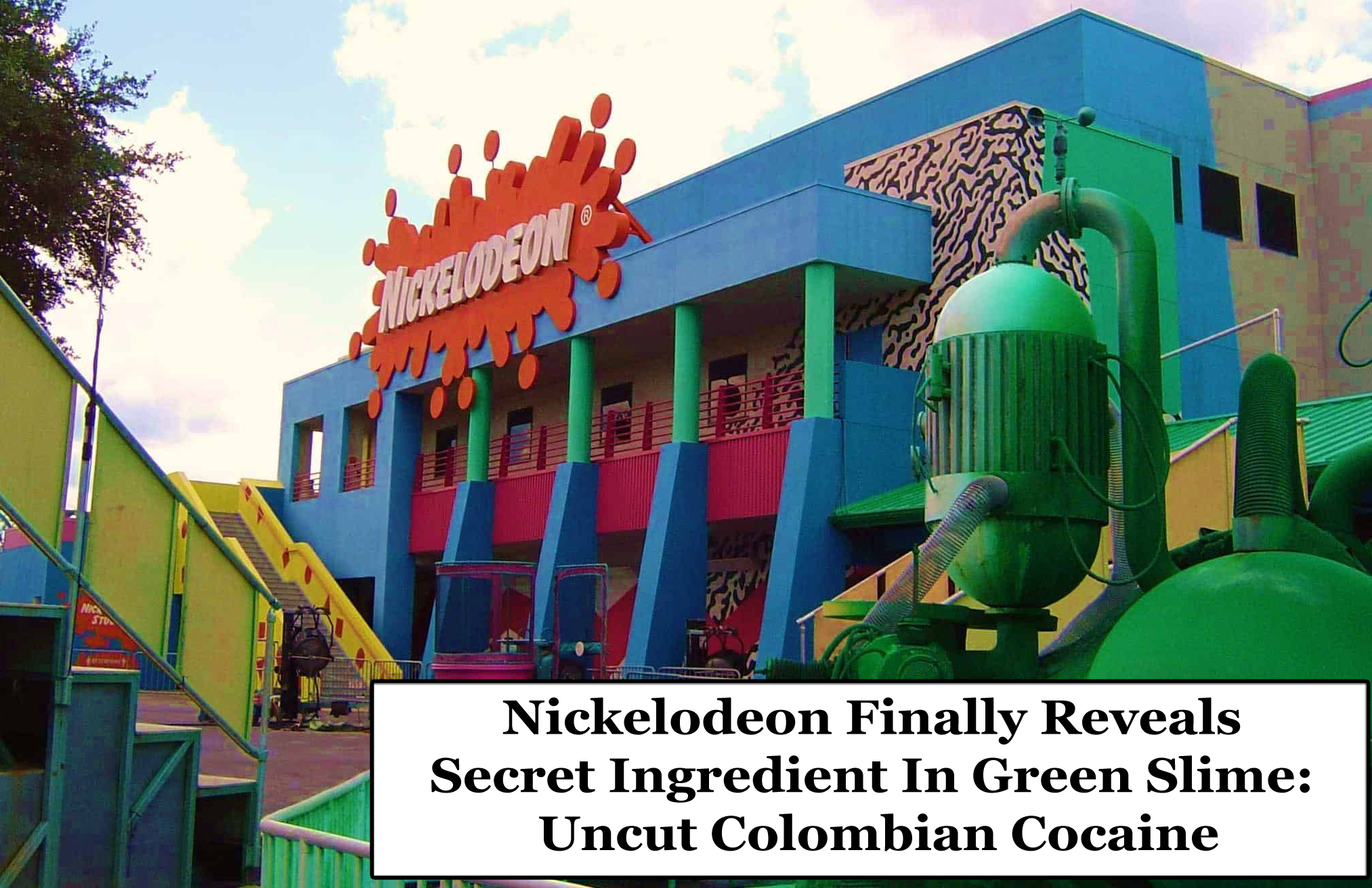 LAKE BUENA VISTA, FLORIDA — If you grew up in the 1980’s or 1990’s you may have watched the children television programming network known as Nickelodeon, and if you did you probably wondered what all went into their infamous green slime.

Starting with You Can’t Do That On Television, from its very earliest days, the children’s cable network would have green “slime” dumped on actors and audience members so much that the channel became and the substance became inextricably linked. Green slime is as much a part of the ethos of Nickelodeon as any of the shows they’ve ever broadcast, perhaps more so. But what was in the slime has been kept a closely-held secret for decades, and rumors would swirl around it for that entire time.

Now, at least some questions about what went into making their trademark substance have been answered.

In a new documentary film, “Not Ready for Slime Time,” Nickelodeon execs reveal that the key ingredient in its green slime was none other than pure, uncut, Colombian cocaine.

In fact, the doc makes it very clear from the start that most of the shows that ran as the channel started up were merely fronts for running coke out of Colombia and into the United States. In a potentially explosive development, one person insinuates orders came from President Ronald Reagan himself to use Nickelodeon’s shows to import boatloads of white, powdery narcotics into America’s neighborhoods and townships.

The documentary film alleges all of the production budgets for creating bumpers like the ones below were fronts for laundering the cocaine operation’s vast amounts of cash.

Barf was asked how he got the coke into the country.

“What do you think’s in the burgers,” Barf asked dryly.

According to many in the film, this fountain was just pure, liquified cocaine with some green food coloring.

Whether or not the United States government was complicit or even the driving force behind it, the clear facts are that cocaine by the bucket load was mixed into the green slime that Nickelodeon used on several of its shows. The reason? To get kids addicted to their shows, of course.

“We had no idea, really, how the cocaine in our slime that we dumped on people on our shows would make its way into our audience’s blood streams,” founding executive Stanley Nicholas Odeon told the documentary’s interviewers. “But we knew if it worked, if our crazy, hair-brained idea paid off, we’d have millions of coke-addled kids screaming for more programming from us. Millions of dollars to be made, man.”

Reached for comment, Rep. Tom Thompaulsen said he is “saddened and appalled” by this development.

This is a developing story.

EL CHINGADERO, TEXAS — All across America, “escape room” businesses have been cropping up. ...

Shane Gillis Apologizes to All The Good Asians He Does Like. Both Of Them.

Alleged comedian Shane Gillis will not be joining the cast of Saturday Night Live, as had ...