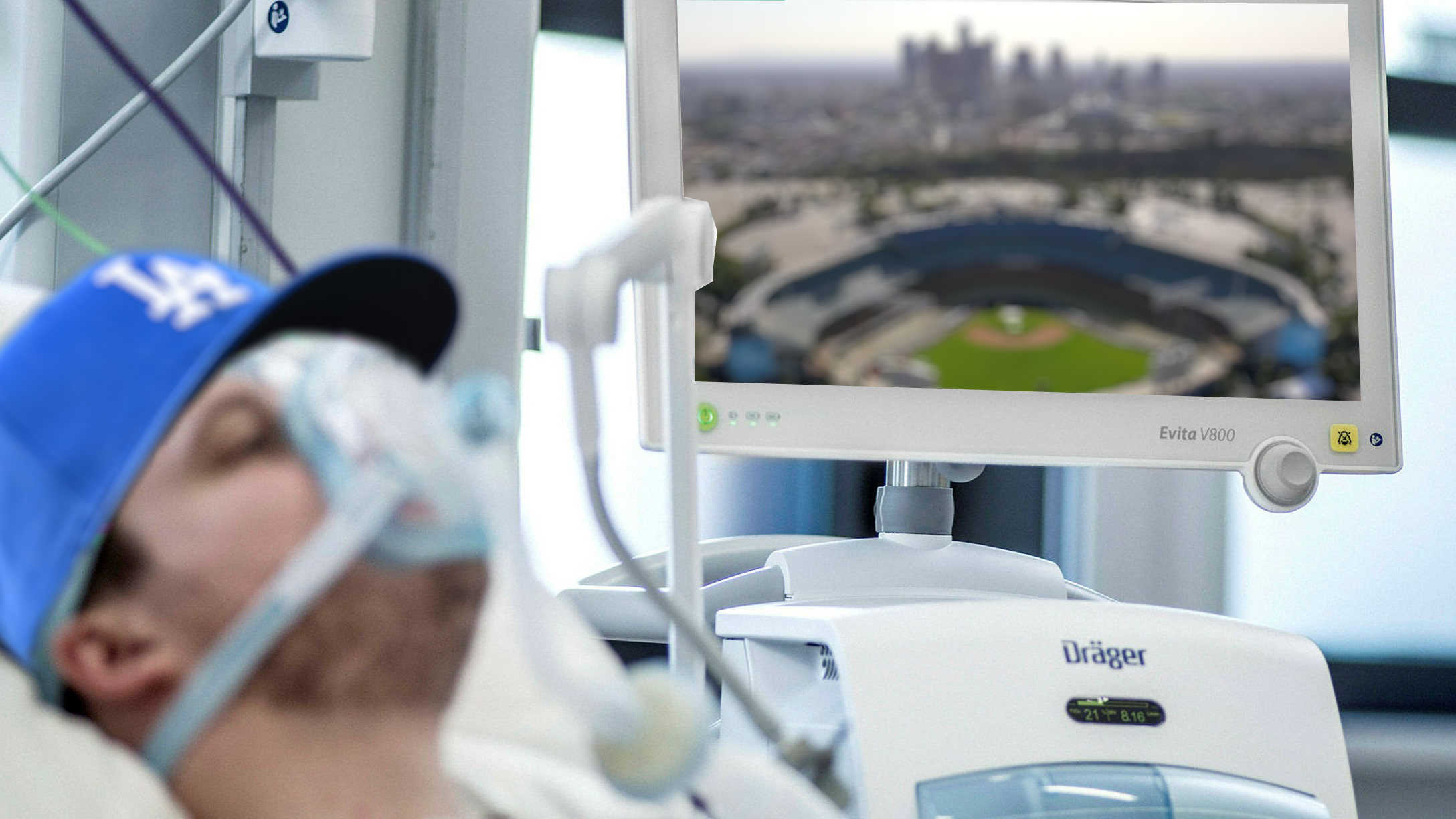 NEW YORK, NEW YORK — In a fairly unprecedented development, Major League Baseball today announced that they were instituting a new rule that will apply universally to both the National and American Leagues.

“Due to the ongoing risks to our players, umpires, and media posed by our pro-revenue decision to be anti-science about COVID-19,” Junior Deputy Assistant Commissioner Glen Collins told reporters at a press conference today, “we have decided to implement the Designated Ventilator Rule in both the American League and the National League effective immediately.”

The new rule requires there to be a ventilator in each dugout. This week news broke that the Miami Marlins team had been ravaged by the novel coronavirus. The outbreak in Miami’s clubhouse was so severe that MLB was forced to delay three games while it evaluated the scenario. Major League Baseball games typically begin with Spring Training in late February and the first pitch of the season is usually at the end of March, or the beginning of April.

“This rule will ensure that if any player on the field is suddenly overcome with COVID-19 symptoms and team doctors decide they must be put on a ventilator,” Collins explained, “that one will be able to be provided to them. Because this rule is being applied in both leagues, each team may decide to have someone hit in their ventilated player’s spot in the lineup.”

MLB hopes that seeing ventilators in the dugouts won’t alarm fans or change their experience watching games, Collins said. To that end, he announced that the league asked each team to come up with ventilator merchandise to help bolster flagging revenues due to large crowds at their games being legally prohibited in many teams’ cities. Each team’s ventilator will also be featured on its very own baseball card, Collins said.

“Let’s face it — because we’ve shown absolutely zero regard for not allowing an outbreak to engulf the entire league, some of our players are prolly gonna get sick,” Collins admitted, “but let’s keep some perspective. The math works out that most 98% will survive! In a sport where failing three out of ten times makes you a superstar, those are odds we can certainly live with.”

Collins took out a pile of money from behind the podium and put it in a blender. He started the machine, and in moments, thousands of dollars were ground up into powder, which he dumped out onto the podium. With his American Express Corporate Black Card, Collins chopped up the money powder, then put his finger over his right nostril, bent down, and sucked up a neat, long line of money dust into his nose.

Mr. Collins pulled one more blast of money into his nose.

“We all can’t wait until we can take you out to the ballgame again,” Collins said, “but in the meantime, don’t be afraid to take advantage of any of the myriad options you have to give us your money. PLAY BALL!”

MORE: Local Cop Will Stop Beating the Fuck Out of You As Soon as You Stop Resisting the Beating

Like what you read? Consider becoming a paid Facebook subscriber, signing up for my Patreon, or consider dropping a buck or two in my virtual tip jar, via my PayPal.Me account.

HOUSTON, TEXASS — Major League Baseball’s Houston Astros have reportedly reached out to the ...