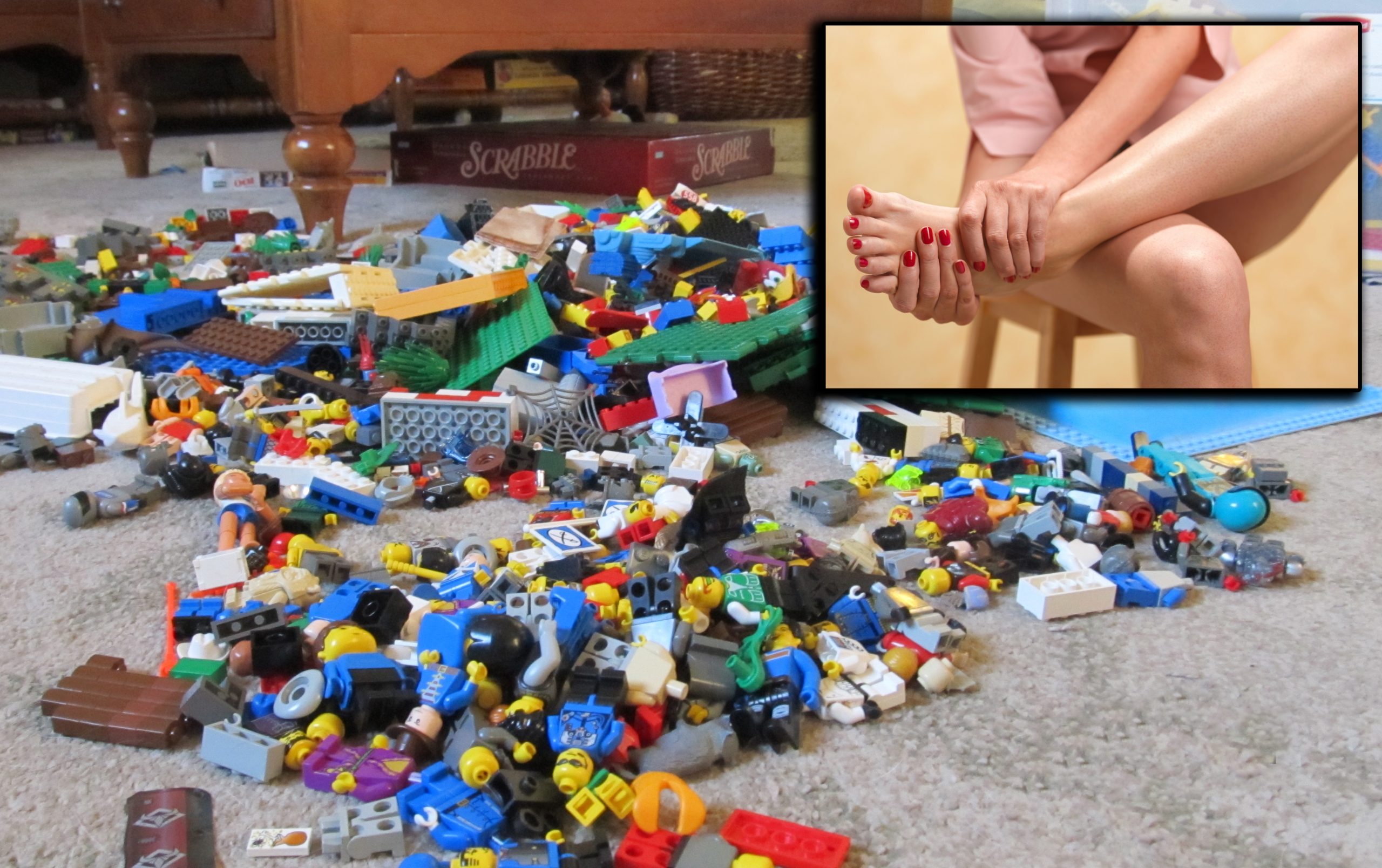 EL PIESANGRIENTO, CALIFORNIA — Sources are confirming at the time of publications that, despite several pleas, hints, and even commands, there are still LEGO all over the goddamned floor. A trail of squares, rectangles, and studs marks the path that the latest victim took, after having stepped down right on top of a LEGO piece, which dug itself deep into the foot of the same middle-aged man who had tried in vain to engage a clean-up effort that would left the floor LEGO-free, or at least with far, far few of the little plastic bastards upon which he could impale his feet.

“SONOFAMOTHERFUCKINGFUCK, HOW THE HELL DO THESE THINGS GET SO DEEPLY INTO MY SKIN?! THEY’RE JUST PLASTIC LEGO FOR SHIT’S SAKE,” the middle-aged man could be heard from outside the house, and even a block up the street. “KAREN! KAREN! CAN YOU BRING ME A PAIR OF TWEEZERS, PLEASE? I NEED TO GET A LEGO OUT OF MY FOOT…AGAIN!”

Readers will recall we first reported this story about a week ago. At the time, the middle-aged man, known also as Kevin Gordon, 38 years old, announced to all the residents in the house that he would be throwing away, into the garbage, any LEGOs he stepped on from now on. Gordon further warned the residents that if the living room floor wasn’t clear of LEGO by the end of the weekend, he would throw every single piece that wasn’t picked up into the trash bin himself.

“That…didn’t really seem to get their attention,” Gordon reported, “and over the next couple of days, it seemed like, somehow, more LEGO appeared on the living room floor. It seemed like every piece I picked up left fifteen in its place. Which would of course explain why I just stepped on another one…because THERE ARE STILL LEGO ON THE GODDAMNED FLOOR.”

Kevin blames himself, mostly, for how often he steps on LEGO pieces and injures himself. As a kid, he really enjoyed building with LEGO, and when he had children of his own, he really wanted to give them the same experience. There are far more LEGO kits on the market than when he was growing up, and his children love playing Minecraft, the Star Wars and Harry Potter films, and LEGO in general, just as he did.

“It’s not like most of the kits are all that expensive, so it started out as a fun thing I could do with and for my kids,” Kevin said, digging LEGO pieces out of the fleshy pads of his feet. “One thing led to another, though, and before I knew it, walking across my living room floor started to feel like walking across a street where a bottle throwing contest had just been held. The worst is when I get up to take a piss at night, and end up stepping on a LEGO in the hallway. I’ve woken up my family with screams of pain at three in the morning plenty of times.”

At times, Kevin has stepped on so many LEGO pieces that he’s put a hard ban on any more LEGO entering his home. However, then a birthday or Christmas rolls around, and someone buys one of his kids a set, and he can’t very well tell them to take their LEGO and go fuck themselves, he said. So, reluctantly, he lets more LEGO sets into the home.

“Which ultimately results in me buying more sets when I’m in Target or WalMart,” Kevin said. “I’m just buying my own misery, at the end of the day. It’s like adopting a pet. One day, you know that pet will die, and you’ll be in misery over it. It’s like that every time I buy a new LEGO set. Ugh. I just can’t help it. I’m going to have bloody, painful feet until my kids grow out of LEGO, aren’t I?”

RAIN CANYON, CALIFORNIA — Authorities in California are confirming that over the weekend a ...

FORT BENEDICT, KENTUCKY  — A man was arrested earlier this morning after someone alerted ...