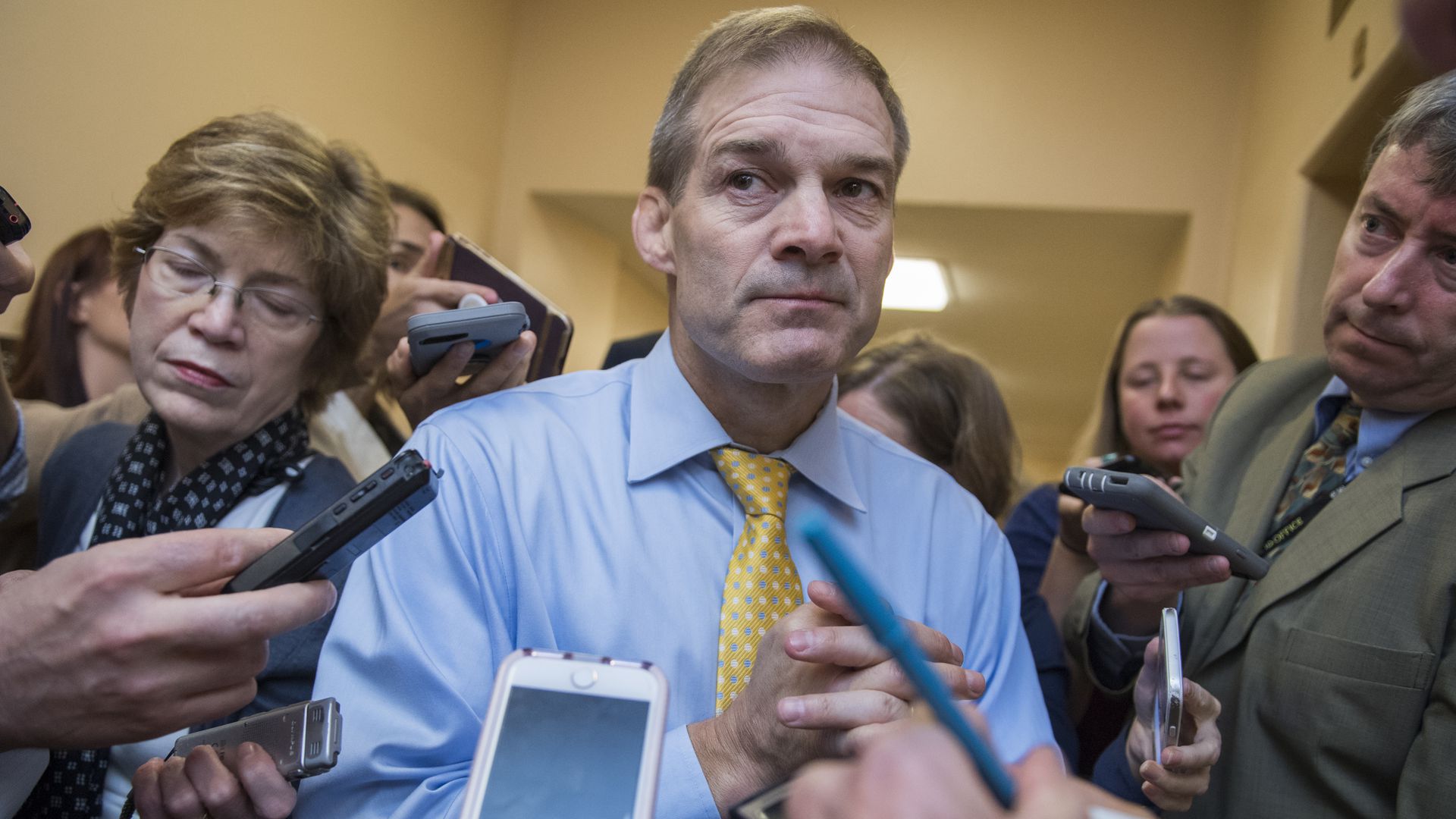 WASHINGTON, D.C. — This morning, Congressman Jim Jordan told a conservative talk radio host his morning that he will continue to protect President Donald Trump during the impeachment proceedings against him in the House of Representatives “as long as it takes.”

Trump has had few allies as vociferous and forceful in the media and during hearings as Jordan. With his trademark coatless suit look, Jordan can often be heard ranting, railing, and accusing House Democrats of everything from a “witch hunt” to a “sham impeachment” of Trump. Though he’s never been too keen on addressing the substance of the Democrats’ complaint — that Trump used the power of his office and American foreign policy to make an attempt to coerce Ukraine to help him get dirt on Joe Biden and his son — that hasn’t stopped Jordan from loudly insisting it’s the Dems and the former Obama administration that are somehow to blame for Trump’s admitted quid pro quo.

MAGA Boy: “My Family Didn’t Come Here From Europe To Let No Immigrants In!”

“I just have yet to see a compelling argument for holding President Trump accountable for something I surely would have demanded his predecessor be executed during Prime Time hours,” Jordan told reporters this past weekend at a prayer breakfast. “If we let the Democrats establish that quid pro quos aren’t allowed, even by Republican presidents, who we know are literally incapable of corruption and abuse of power, I have to wonder if we truly live in America anymore.”

Jordan explained to Chip Chatterly of W-KKK in Alabama that it’s “in [his] genes” to protect people like Trump. It’s something he’s been doing “a very long time,” Jordan told Chatterly. He explained to the radio host that he discovered his “preternatural instinct for protecting sexual predators” back during his days as a wrestling coach in Ohio.

“This goes back a long, long time, okay? Let’s just say that I’m good at protecting and carrying water for sexual predators,” Jordan explained. “Being born without a conscience or what most scientists would call a functioning human brain makes it pretty easy. But when you add in the fact that the president is a Republican, it becomes a no-brainer to protect him.”

Jordan, who was put on the House Intelligence Committee by Republicans specifically to participate in the now public impeachment hearings, said that he considers it a “duty” to protect sexual predators, but he also said it comes “very naturally” to him, as well.

“President Trump’s the kind of sexual predator I have a duty and instinct to protect,” Jordan said, “at all costs. Whether it’s my reputation, my legacy, or the state of the Constitution’s checks and balances on a lawless egomaniac, nothing is more important to me than protecting sexual predators.”

Congressman Jordan stopped and thought for a second.

“Wait, let me amend that. I should say that nothing is more important to me than protecting sexual predators as long as they’re Republicans,” Jordan corrected himself. “You won’t find me defending Bill Clinton, not by a long shot. But Roy Moore? You betcha. President Trump? Abso-friggin’-lutely.”

President Trump has faced a slew of allegations of sexual misconduct in his lifetime. There are currently multiple lawsuits working their way through the courts against him. Candidate Trump famously had to answer for leaked audio of him talking, in graphic fashion, about “grabbing [women] by the pussy” and other acts of sexual assault during his 2016 campaign. Jordan said all that made him more willing to defend Trump, not less.

“Look, jumping on grenades and ignoring the crimes of sexual predators is my specialty. Let’s all just process that and get on with it,” Jordan said. “It’ll be better for all of us in the long run that way.”

Trump Orders The Execution Of All Thanksgiving Turkeys Pardoned By Obama

WASHINGTON, D.C. — The White House released a letter this morning, demanding that the ...

Can We Bait Notorious Pig Fucker Devin Nunes Into Suing Us Too?

The following was written by the editorial board of this publication. It does not ...