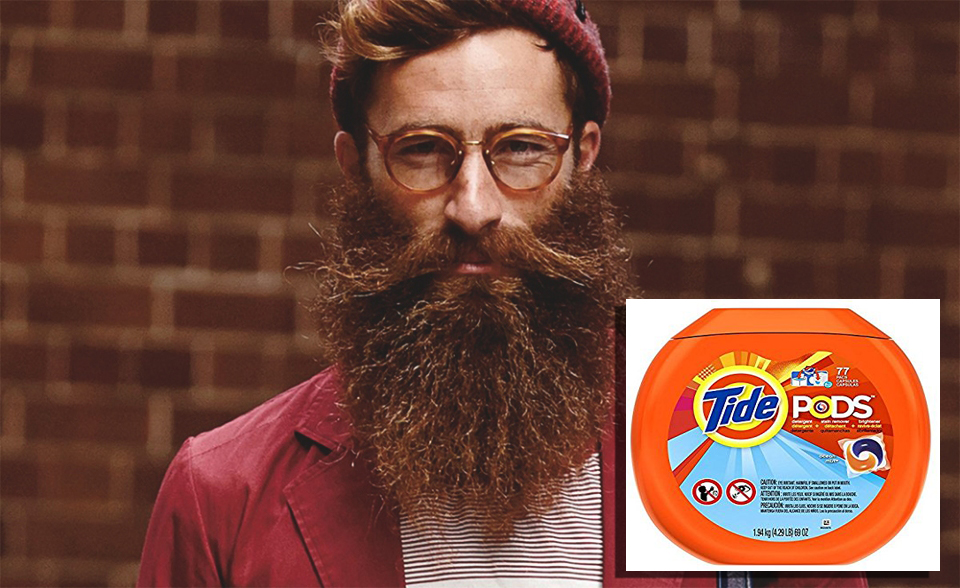 24 year old Chad Braddington drinks only cold brew coffee. Chad only grocery shops where he knows the produce and butcher departments only source their products from at most a sixteen foot radius from his tiny home that he built out of six corrugated cardboard boxes, a tarp, and some duct tape. Chad spends most of his weekends scouring garage sales for vinyl copies of albums from bands that 95% of the human population have never heard of, and he immediately burns them if he finds out in conversation that someone has actually heard of them.

When his friends started wearing their shirts with the collars popped up, Chad told them they were at least six months behind him; he’d been doing it the whole time. Chad has won several butt-chugging competitions his fraternity has held. One time, Chad drove twelve hours and 400 miles out of town to go to a bar that has no social media presence, phone number, or sign out front indicating it’s a bar because he heard it was serving limited edition Pabst Blue Ribbon for a hundred dollars a can.

Braddington bought six Super Nintendo Classic consoles recently so that he could have one each of his tiny home’s rooms, and he powers them using a special treadmill he walks on to generate the juice necessary. Chad is an avid photographer but he only uses cameras from the 19th century and so he’s always carrying around some black powder in case he’s in a low light setting and needs his flash. He is particularly proud of himself for being ahead of the anti-vaxxer movement by a decade or more.

Buy this shirt and help us feed these kids that won’t keep bothering us about eating.

“Before I even knew who Dr. Jenny McCarthy was, or had heard of her breakthrough research, I knew that vaccines were probably a bad idea,” Braddington told us.

Chad considers himself up on the latest trends. But one fad he will not be participating in any time soon is the Tide Pod challenge.

“I mean, I don’t put anything in my body unless I know it’s completely chemical free and I’m pretty sure Tide Pods are literally just chemicals,” Chad said. “It’s hard because literally everything is a chemical, but it’s pretty amazing what the power of delusion and selective reasoning can do. Bottom line for me is that until someone can assure me those pods are GMO free, I’m not eating one.”

This is not the first viral online challenge that Chad as sat out, however.

“When everyone was doing the ice bucket challenge, I abstained,” Chad said. “I’m sorry, but unless you can assure me the ice you’re about to dump on me comes from locally sourced springs, contains absolutely no chemical compounds, and is free trade certified, I’m not doing it. Plus, I would have been, like, TOTALLY freezing and shit.”

Trump Orders the Execution of All Thanksgiving Turkeys Pardoned By Obama

WASHINGTON, D.C. — The first thing President Donald Trump did this morning, after he ...

WASHINGTON, D.C. — President Donald Trump has reportedly inked a deal with Shire US, ...

NEW YORK, NEW YORK — The National Retailers Consortium, one of the country’s oldest ...

Man Doesn’t Deny He Dealt It, But Callously Refuses To Smellt It

RUSTY WIND FALLS, MINNESOTA — Everyone in the room knew he did it, Bob ...