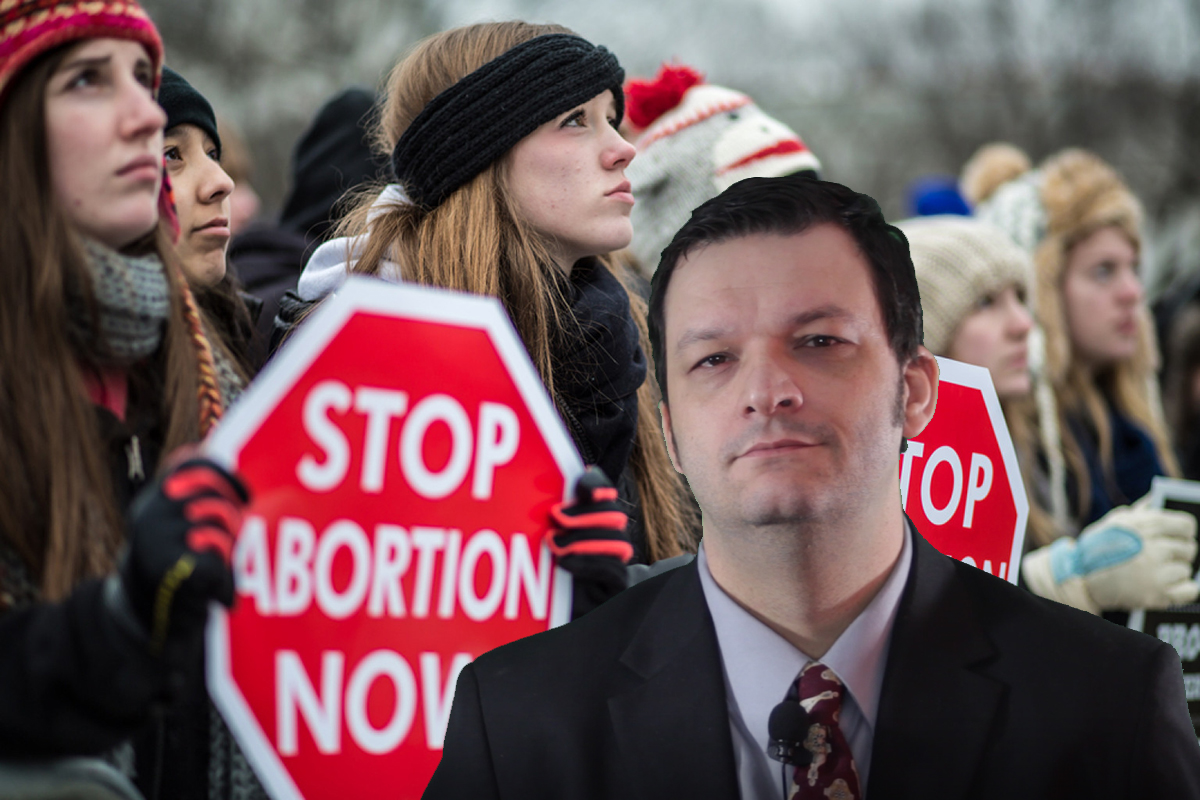 CHARLESTON, W. VIRGINIA — In 2015, West Virginia Delegate Brian Kurcaba (R) made some eyebrows climb in the national media when he said that while “rape is awful” there is a potential upside to it.

“What is beautiful is the child that could come from this,” said Kurcaba.

The Republican’s comments were alarming to some for how commonplace they have become from within the party. Former Missouri congressman Todd Aiken once famously tried to categorize the different forms of rape, infamously referring to it as “legitimate” or not.  Recently there have been a spate of new, highly-restrictive abortion laws either proposed or passed and signed by state legislatures in more socially conservative areas.

Many feel the laws, which restrict abortions after a heartbeat can be detected, like the one just signed by Georgia Governor Brian Kemp, are directly in violation of the landmark Roe Vs. Wade Supreme Court decision on abortion, and that being unconstitutional may be the point. Some feel the laws are meant to force a now more conservative Supreme Court bench to strike down its ruling that is more than 40 decades old now.

Critics of these new laws point to their total lack of exceptions, for instance in the case of a woman being raped and subsequently impregnated. We reached out to Rep. Thom Thompaulsen, a Republican in the state, and asked him his feelings about the abortion bill Kemp signed, as well as what message he thinks the law sends to rape victims in the Peach State.

“Of course the liberal lamestream media is going to try and drum up sympathy for rape victims,” Thompaulsen said, “We Republicans are looking out for the tiny clump of cells that results from the act of rape, and I’m sorry but if something beautiful like a baby comes from rape, I have to ask if that rape is truly all bad. Some rapes might have upsides, is all I’m saying, fam.”

Thompaulsen doesn’t believe that abortion laws need exceptions for rape or incest because “sometimes you gotta accentuate the positives of a rape.”

Rep. Thompaulsen insisted that “there has been a fundamental shift in this country” and that “traditionally, men-folk were not only allowed, but encouraged to tell their women-folk what to do with their female who-who-dillies. Now it’s all ‘War on Women’ this and ‘my body, my choice’ that and ‘don’t lay your theocratic mitts on my uterus you backwards thinking jerkface.’ Our country is now lost morally because of it.”

Mr. Thompaulsen said that Kurcaba was trying to convey that “every cloud has a silver lining.”

“It’s just that this cloud is a rape,” Rep. Thompaulsen insisted, “Every rape cloud can have a baby as a silver lining.”

When asked why he feels that a pregnancy resulting from the most violent and dehumanizing attack a woman can face in her lifetime could possibly be mitigated by being impregnated and being forced by law to carry that baby to full term, Thompaulsen replied, “It’s all a matter of perspective.”

“Sure, if you think of a rape as being only about the rape victim,” Thompaulsen admitted, “I could see where you’d get the idea that there is nothing good about it. But women-folk just need to shift their perspective.”

We asked Thompaulsen what he meant by that and he said, “They just need to think of a rape baby as God putting one in you, is all. God works in mysterious, sometimes kinda rapey ways. I mean, it’s not like he asked for Mary’s consent before he put the Baby Jesus in her womb, right?”

“Look,” Thompaulsen said as he was getting ready to end our phone interview with him, “we’ve tried abortion being legal for over forty years now. And sure, maybe the number of botched back-alley abortions has dropped, and sure maybe if we stopped deluding ourselves about teenage sex and pregnancies and gave them the tools and education to prevent getting pregnant in the first place there’d be an even lesser demand for abortions. But if we don’t live in a country where men can force a victim of rape or incest to carry the rapist’s baby to full term because we assign some mystical, divine constitutional rights to a parasitic life form that has no cognition, no sentient thought and cannot live outside its host organism’s body yet, we don’t live in America anymore.”

Mexico Starts GoFundMe For Its Own Wall

WASHINGTON, D.C. — One of President Trump’s most loyal and strident allies in the ...

WASHINGTON, D.C. — With Senator Jeff Flake confirming that the rumors of his having ...

WASHINGTON, D.C. — The Trump administration has submitted an official request to Congress, asking ...

5 Reasons You Should Not Vote for Bernie Sanders

Should you vote for Bernie Sanders? We have no clue. Seriously. We don’t. It’s ...