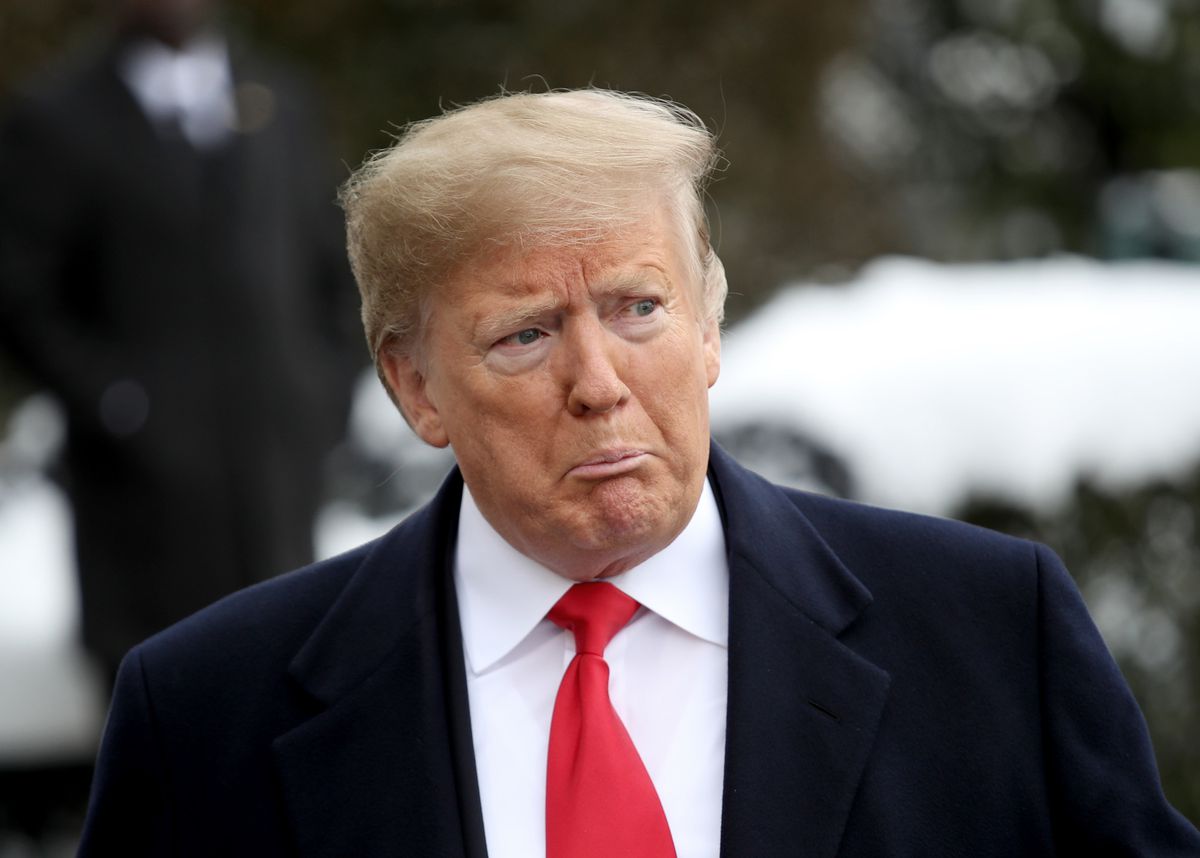 Is Donald Trump going to cry about it? The signs are unclear right now, but it’s surely a question most Americans have asked themselves since the election was held last week. He’s got some lawsuits pending, but no legal expert thinks he’s got a legitimate shot at winning anymore, not without some truly unprecedented help from the judicial branch. Which all leaves us wondering, truly…

Is Donald Trump gonna cry about it?

Clearly, he’s going to stamp his feet. He’s going to hold his breath. At least, he’s going to do those things in a metaphorical sense, anyway. Filing several lawsuits, none of which put enough votes into question to sway the projected results, is the adult version of a temper tantrum, and anyone paying attention in the last few years knows this man is capable of throwing the biggest of tantrums.

But will big, fat, salty, white criminal tears start flowing at some point? We’re not in the business of making odds here, and we certainly don’t wade into the business of prediction. So, we decided to do a little research, and make some calls. The sole purpose of this investigation was simple: find out if Donald Trump is gonna cry about it.

What do his friends think?

We reached out to people who we understood consider themselves friends of Donald Trump. However, the only people who returned our calls were “John Barron,” “David Dennison,” and a woman claiming her name was “Ba-banka Bump.” All of them told us, without a shadow of a doubt, that Trump would not cry about it.

“No way! He’s a tough fighter,” Ba-banka told us. “He never takes no for an answer! Not even when we’re in public and he keeps putting his hands on my tits and ass! He always just goes for the puss and grabs it! No tears from Dad – I mean, President Dad!”

What do his staff and cabinet think?

After placing several calls to the White House and the Trump campaign, we received no response. One person who answered the Trump campaign’s voter fraud tip hotline told us that it “feels like a ghost town” around the campaign headquarters and that “people seem more focused on getting the computers, TVs, and electronics” out of office than they do anything else.

“I’m just a low level coffee boy and phone receptionist, so I don’t really know if he’ll cry about it,” the person who answered told us, “but judging by how emotional he and his kids are, I wouldn’t be surprised if the cried like little bitches all day long, no.”

What do the pundits think?

The political pundits we all spoke to seemed to agree — Trump will cry about it. We asked conservative, liberal, and even libertarian pundits for their thoughts, though we didn’t get anything but a four hour lecture on the invisible hand of the free market from the libertarian pundits who were also multitasking and making Hot Pockets in their parents’ basement. Almost every pundit we spoke to said they believe Trump’s gonna cry about it.

“Most definitely. Look at him. He’s a big bitch baby,” liberal commentator Kathy Slaim told us. “He’s probably already cried for hours about it.”

“Yeah, I think she’s right. Not about him being a bitch baby. He’s clearly a very alpha type, strong man,” Chatterly said, “but he’s surely crying over this. He tried so hard to protect us from the swamp, and the trillions of illegal Mexican votes, and the American people chose instead to hurt his feelings, so of course he’s gonna cry about not being able to smash the pedophile satan worshiping cult like we all know Jesus put him in charge to do.”

According to all the facts and data we could gather, this publication sees no other way than to conclude that President Donald John Trump is gonna cry about it. A lot. All the time. Until he draws his final, Big Mac laden breath on this mortal coil, he will cry about it. Because that’s what Donald John Trump does when he doesn’t get his way — he cries about it.

WASHINGTON, D.C. — The Trump Administration ordered the Environmental Protection Agency to divert “as ...

WASHINGTON, D.C. — President Donald Trump, who is also a noted scientist with published ...

Dan Crenshaw: “Now the Liberals Don’t Want Me Loaning IEDs to My Friends?”

FAIRFAX, VIRGINIA — During a press conference this morning, a spokesterrorist for the National ...