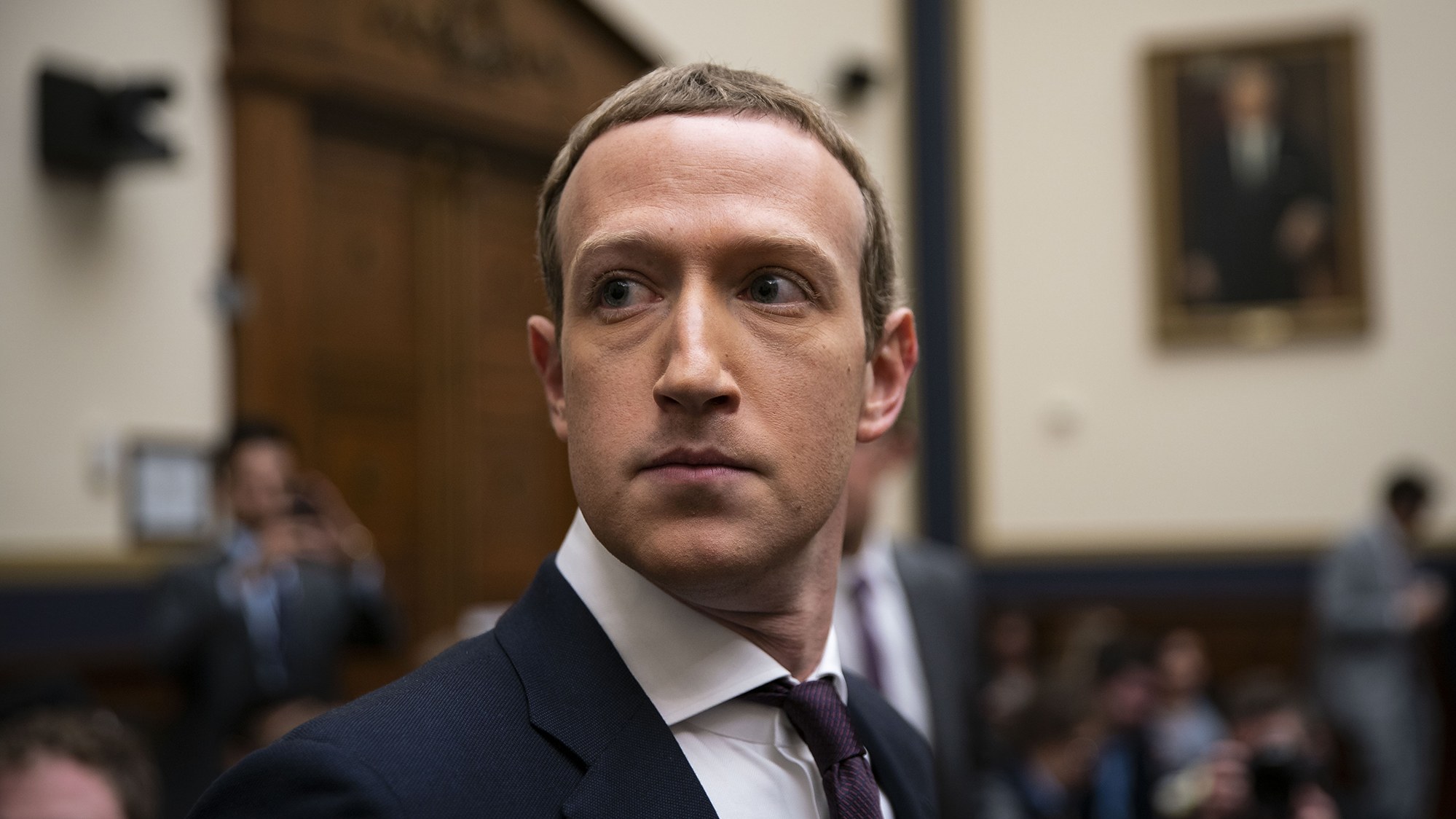 Facebook, in a word, doesn’t give two twisted Twinkie shits about truthfulness in political ads, and why should they?

Political parties and the politicians up whose asses they have their cold, billionaire funded hands, have a vested interest in a platform that lets them spew whatever garbage-filled rhetoric and propaganda they’re willing to pay for. Sure, Facebook is letting democracy go up in smoke. Sure, Facebook’s executives and shareholders are directly profiting from the destruction of objective truth while at the same time creating a safe haven for white nationalism and virulent racism that quite literally could rip this country, if not the entire civilized world order, to shreds.

Facebook has declared that it is not going to put itself in the business of policing political ads on its platform. In other words, the social media giant fully intends to keep taking money for political ads and giving the same amount of fucks as ever as to how truthful the advertisement is. Three cheers for free market capitalism intersecting with self-governance and a grand experiment in democracy!

All this talk of truth in political advertising had us wondering though…does political satire fall under the same umbrella as political speech, in Facebook’s eyes? We’re pretty sure it does, and even if it doesn’t, we’re willing to put our literal money where our metaphorical mouths are, in order to conduct a little experiment.

How many lies can we tell about Facebook founder Mark Zuckerberg and still get them to promote the article when we pay them for the privilege?

We’ve done everything Facebook requires to declare who we are, and we’ve created our disclaimer so that Facebook users can know who paid money to put this content in their newsfeeds. So now, without any further ado, here are seven outright lies and fabrications about Mark Zuckerberg that we’re going to pay Facebook to promote.

This should come as no surprise to regular readers of our work. Sister publication The Pastiche Post first broke the news that Zuck likes to fuck…sheep, and who are we to not amplify that message? By “broke the news,” of course we simply mean they/we published a story entitled “Mark Zuckerberg Probably Won’t Mind Us Publishing That He Fucks Sheep On Facebook.” And while we cannot speak to the voracity of the claims made in the story, it is indeed a lie made-up about Mark Zuckerberg, and we fully intend to pay Facebook to promote that lie for us. Ergo, we include it on this list.

To be clear — Zuckerberg was born literal decades after Hitler died. To be even clearer still, Hitler has never been on a presidential ballot in this country. And just to put a button on it, votes are cast in secret. No one knows who anyone voted for unless the voter declares it publicly. Even then, without any way to track a ballot to an individual voter, we can only take their word for it, really. But when it comes to making up stuff about Zuckerberg for the sheer and sole purpose of promoting it via paid Facebook advertising, there aren’t very many more incendiary things to create a vicious lie about than lies that center around Nazis. So here we are. Face to face. A couple of Silver Spoons.

5. Mark Zuckerberg Owned Slaves Before the 13th Amendment Was Ratified

Everyone knows the 13th Amendment to the Constitution of the United States permanently and forever ended slavery. But up to that point, many stubborn slaveholders refused to join the abolition movement, which in large part drove the states that depended on slavery’s economic model to try to leave the union. That, in turn, brought about the Civil War. Did you know Mark Zuckerberg was such a slaveholder, and refused to free his slaves until the 13th Amendment was adopted? Okay, so that, too is a big fat lie. But we still think he must have had something to do with the Civil War. Probably not; that’s likely a lie too, but hey, what does Mark care? It’s just free speech.

Sure, the cucks in the so-called “mainstream media” may have told you the divisive third trilogy of the Skywalker Saga was written and directed by the likes of JJ Abrams and Rian Johnson, but we heard it on good authority that it was actually all Zuckerberg. So if you hated it, any part of it, you have only Mark Zuckerberg to blame. Of course, by “heard it on good authority,” we mean to say, “we totally fabricated it.” But still, if you close your eyes and imagine, anything is possible. So, there you have it. He was the one behind Disney’s “Star Wars” trilogy. Pass it on.

3. Mark Zuckerberg is a Billionaire Misanthrope Who Cares More About His Material Wealth Than The Health of Western Democracy

Oh wait, sorry. We were supposed to making up lies about Mark Zuckerberg, weren’t we? Our bad.

Okay, this one is obviously a pretty bad smear. It’s just a sad attempt at character assassination. Sure, it’s definitely a lie, too, but we never should have viciously savaged someone’s reputation like that, and we’d like to offer an apology to the victim right now.

Sorry, Satan. We know you’d never stand for a douchebag like Mark being associated with you, oh Dark Lord. Please accept our humblest and sincerest apologies, and as always: HAIL SATAN!

1. Mark Zuckerberg Seems Like a Totally Normal Person Who Would Never Lie to the Public About The Unethical Things His Company Does With Our Personal Data

We tried to come up with the boldest, most outlandish, insanely crazy lie about Mark that our brains could conceive of. And we think this is it. We’re pretty this lie is the most obviously over the top mendacity about Zuckerberg that one could possibly tell. Imagine the gall on us, implying that he’s not a sneaky little billionaire bitch looking to just make himself richer no matter who he tramples on, or which institutions of democracy he contributes to the demise of! What a bunch of liars we are, eh?

Now it’s time for Facebook to let us publish our list of lies about Zuckerberg and promote it with ad dollars. It’s political speech, after all, so why would Mark care?

Pro-Life Evangelical Backs Philandering Criminal’s War With Iran, No Matter How Many Children Die In It

BUFFALO, NEW YORK —  The Bible foretells that when the End Times are upon ...

Hipster Will Only Do Challenge With Non-GMO Tide Pods

WASHINGTON, D.C. — President Donald Trump has reportedly inked a deal with Shire US, ...