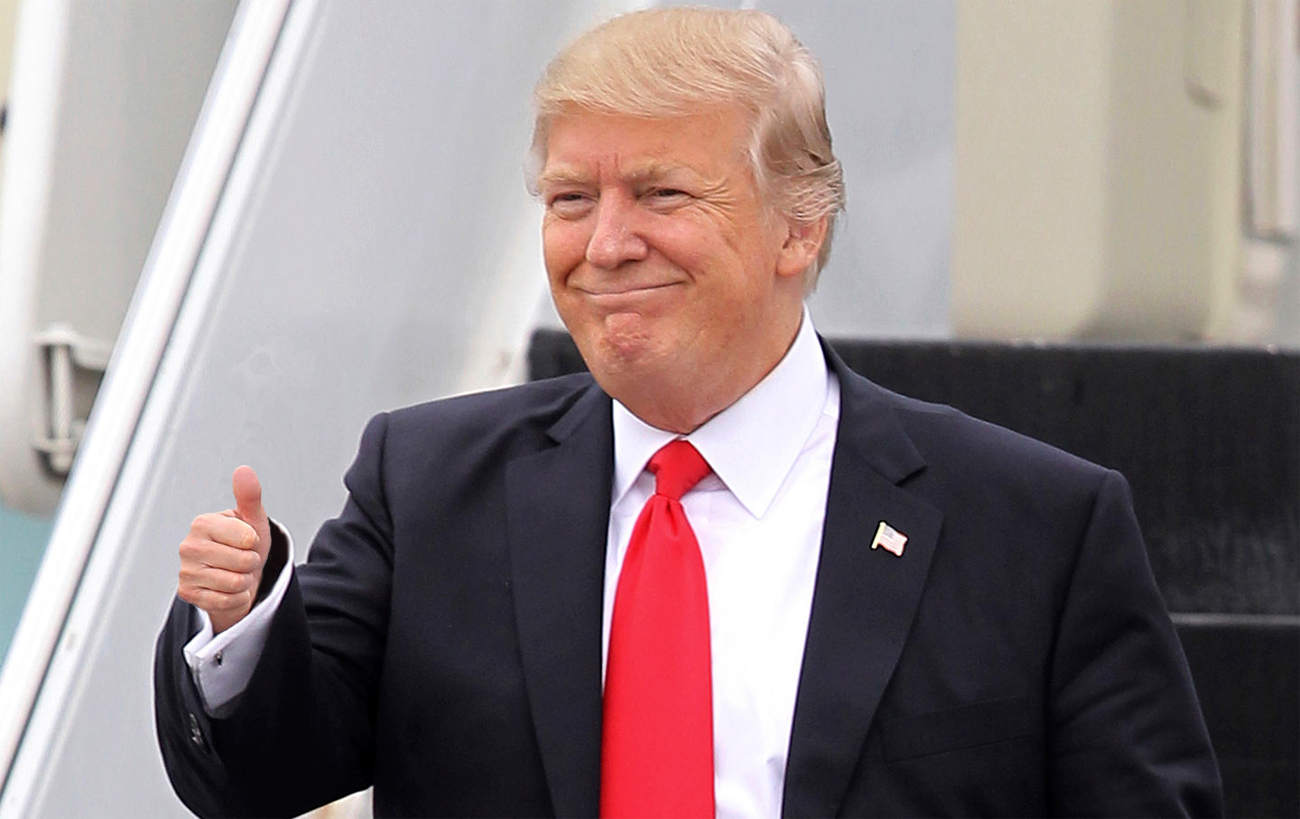 Most of the news in and around the Washington, D.C. area these days pertains to whether or not President Donald J. Trump will be impeached and/or removed from office. When Speaker of the House Nancy Pelosi (D-CA) told reporters in a press conference that she was authorizing congressional committees to begin the proceedings in earnest, understandably it became one of the most hotly debated topics on the Hill. The president’s supporters call this just another witch hunt by angry Democrats trying to overturn an election, and about 60% of Americans can see Trump wearing a pointy hat and cackling about getting someone’s dog, too.

With a presidential election looming next year, it’s widely assumed that neither side wants to have the impeachment process drag out too long. If Trump sees articles of impeachment written against him, though, what next? Can Congress actually remove him then? Well, we did some research, and the answer is, actually, “no.” As it turns out, too, there are six concrete, indisputable reasons Congress can’t do it.

Donald Trump Jr. Enrolls At Electoral College To ‘Learn To Become An Electrician’

In the interest of serving the public good, we’re giving you the six reasons our research turned up that prove beyond a shadow of a doubt that Congress simply cannot impeach and remove Donald Trump.

It’s a well-known fact at this point that President Trump not only marches to the beat of his own drum; he presidents according to his own Constitution. In fact, it’s not really all that clear if he even does that. To say that Trump fancies himself as a dictator would be an understatement. However, we’re not going to say it ourselves, because frankly we’re not sure if he’s canceled the First Amendment and declared Marsha Law — where Trump supporters named Marsha call the manager on you, and you have to explain yourself — so it’s best we avoid the huscow altogether and not say it. But, frankly, if Trump says Congress can’t impeach him, that’s just as good as a dictatorial fiat because Senate Majority Leader Mitch McConnell took his phallus out of his favorite lump of coal just long enough to remind everyone he doesn’t think Trump’s above the law, it just doesn’t apply to him since he’s a Republican and will help McConnell push more right-wing nutcases onto the federal courts’ benches.

#2. No Oval Office Oral Has Been Proven

#3. The First Lady Will Be Very Lonely and Sad

Someone has to think of poor Ivanka’s feelings, don’t they?

#4. You Can’t Do Something to a President If He Can’t Spell It

There’s a clause in the Constitution that says you can’t do anything to a president unless he can spell that thing. Since anyone reading Trump’s tweets can tell that he would barely pass third grade English, it’s impossible to impeach him. Sorry, America. Next time elect a wannabe autocrat who can spell if you want to later impeach and remove him.

#5. God and Jesus Would Be Mad

We all know that God and Jesus’ favorite president is Donald Trump. No! Not because he’s in any way evocative of Christian values! Because he’s evocative of American Right-Wing Christian Values! You know those values, don’t you? The ones that say you can be pro-life but not care about what happens to the baby after they’re born. The ones that say you can read the Bible except the parts that tell you take care of the poor, sick, elderly, and the planet God gave you. The ones that say they can defend marriage as just between one man and one woman and still vote for a guy who changes wives like they change the oil on their pickup trucks. So if Congress impeaches and removes Trump, they’ll have to answer to God and Jesus, won’t they?

#6. You Can’t Enforce the Constitution If He Doesn’t Believe In It

Sure, he hasn’t used this excuse yet. But considering he just called the emoluments clause in the Constitution “phony,” how far away from that are we, really? And who’s to say Bill Barr won’t personally plead this exact case to the Supreme Court? It’s a good thing McConnell didn’t help rush two potential Trump sycophants onto the bench, otherwise we’d be afraid of what might happen there!

EXCELSIOR, CALIFORNIA — Stan Lee, creator of Marvel Comics and some of the publisher’s ...

OJ Simpson Says L.A. Prosecutors Had Insufficient Evidence and Therefore, in Our Country, He Is Innocent

LONDON, ENGLAND — The American president’s state visit to the United Kingdom is not ...